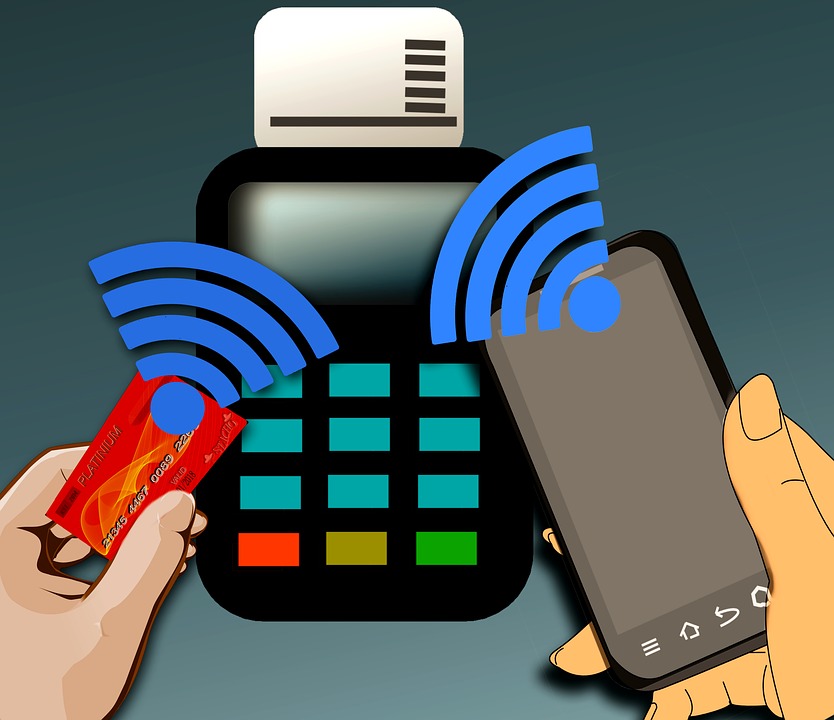 Modern technology is proving more and more efficient in all aspects of our lives. The way we accept and make payments for goods and services is certainly no exception. Hundreds of billions of pounds are being transacted every year, exclusively through credit and debit card purchases in the United Kingdom; and we’re making the pounds easier and easier to spend.

What used to require a chunky, static credit card machine to read your credit or debit, followed by you entering your PIN, has seen tremendous developments in recent years. From chunky card readers we got smaller, portable readers which you could lift off its base to take mobile payments within a certain range. Today these solutions are often found in restaurant and bar scenes for easy movement to the customer, rather than making the customer come to you. Then came the developments in how you make payments. We got the magnetic strip, smart chip, manual entries and even contactless capabilities. The latter which has proven to greatly increase spending amongst those with contactless cards.

Where Are Card Payments Going?

Of course, with card payments delving deeper and deeper into technology, it was only a question of time until large tech companies started seriously adapting to the new lay of the land. We got Android, Apple and Samsung Pay. Great for those without a contactless card, though otherwise quite redundant. We started seeing card readers becoming smaller and smaller, with the rise of companies exclusively focusing on mobile payments such as iZettle, SumUp and Payleven (now acquired by SumUp).

From the ashes of a heavily congested market focusing on physical card readers comes SmartTrade App, the first company to completely cut the hardware. By cutting hardware you cut inefficiencies such as the need for dual connection. By hooking a mobile card reader to your phone, you rely on the card reader being connected to your phone, usually via bluetooth these days, and then the connection from your phone to the internet. You no longer have to remember to bring it on site, or have hardware which can break that you then need to spend time and money replacing. Merchants were finally able to accept all card payments directly from their smartphones.

What Does This Mean For the Coming Year?

We are now in 2018 and the development has no intention of stopping. 2017 showed us a few vital signs of where the future lies for payment providers. Card rates are constantly decreasing, lowering margins and forcing companies to focus more on the surrounding ecosystem of their offering, rather than just the ability to accept payments by itself. Companies are starting to add features for businesses to not only accept payments, but to manage multiple aspects of their business. Not to mention we are seeing more advanced ways of taking payments. Here are some things being worked on this year:

PIN on Glass is a new innovation meant to completely overcome the need for a card reader. It’s a way of using a phone to take payments, while at the same time proving the owner of the card is present for the transaction by entering their PIN. This is to prevent fraud and use of stolen cards. However, today there are two main issues with this solution; 1) Even if they are able to figure out the security measures for the application itself, the actual security of handheld devices aren’t up to speed for people to both give up their card details and PIN and 2) The market simply isn’t mature enough to want to enter their PIN on a stranger’s phone. It’s just starting to open up to the idea of using personal phones to take payments as a whole, so adding the entering of the most personal detail around your credit or debit card is a big ask at the moment. However, with the rate technology is going, we probably won’t have to wait long until the public is ready for this kind of solution!

We’ve all come to know and love contactless technology when buying groceries or ordering a coffee. However, with recent developments, this is now becoming available directly from mobile phones who have incorporated NFC chips (which excludes all Apple phones at the moment). This means a merchant can simply hold out their phone for the customer to perform a contactless payment directly by tapping the merchant’s phone. The only downside to contactless technology is the low cap on how much you’re able to pay. The current limit is £30, though this is rumored to increase to £50. We’ll just have to wait and see!

We all know the traditional way to avoid fees, or paying large invoices, has been using your bank, in-branch, online or via your app, and pay the invoice by transferring money to the merchant directly. However, this is a very time consuming, overly complicated and inconvenient process for both customers and merchants. The merchant has to trust people he/she has never met to simply pay an invoice out of their own good faith. If they don’t the merchant has to spend time and money chasing invoices. Where the customer has to go through the process of physically using their bank to pay invoices. In 2018 there will be major developments in bank to bank transfers using only your mobile phone. You’ll simply be able to tap a button to accept or make a payment via bank transfer, cutting card fees, seeing immediate movement in the money and reducing risk of a chargeback to 0%.

This is of course something SmartTrade App is fighting for and will be on the forefront of. Watch out for when we suddenly announce something massive in this space!

With providers consistently decreasing transaction rates to compete with the market, we’ll surely see a heavy focus on feature-based applications and offerings. Offering payments exclusively will not hold up in 2018 as merchants, particularly smaller ones, want convenience, which excludes the idea of using 12 different softwares to run a small company. We’ll see some great developments which will revolutionise how customers are able to make payments with bank to bank integrated to mobile and card payments becoming ever easier.

Luckily for our merchants, SmartTrade App always makes sure to stay one step ahead. We already have a wide set of features and will during 2018 be bringing the best of everything the payments industry has to offer to our merchants. If you aren’t already a SmartTrader, this would be a great time to become one!

Or download SmartTrade App directly from the app store now: